The Long Now is the grand closing event of MaerzMusik − Festival for Time Issues 2018 in co-operation with Berlin Atonal, happening in Kraftwerk Berlin, from 24th to 25th of March, 2018.

The abovementioned artists will join the previously announced acts such as the four-hour performance by The Necks and ‘A’ Trio, ELODIE and Tomoko Sauvage, and live shows from Lustmord, Robert Aiki Aubrey Lowe and Soundwalk Collective, among others. 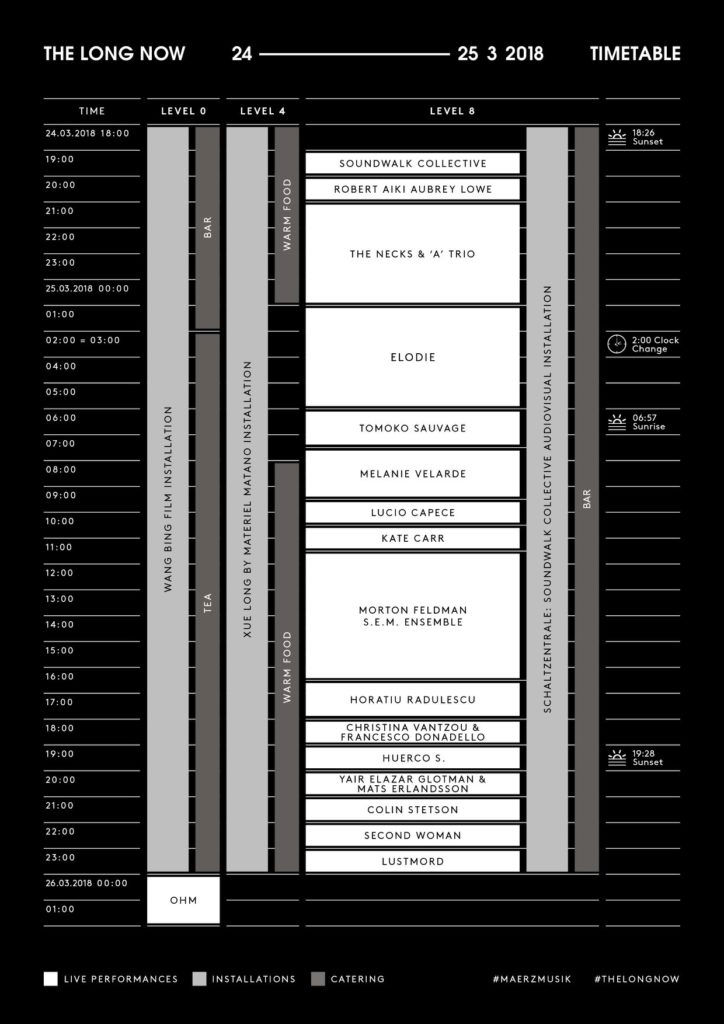