While many were enjoying their life as teenagers, Leo Anibaldi was using his 8-bit home computers to experiment with sounds and create his first loops. Hailing straight from Rome, Italy, Anibaldi’s bond with music was initially reflected with his drive to produce music and later with DJ-ing.

As a 15-year-old kid, Anibaldi used to go to Remix—a record store in Rome—to acquire his favourite vinyl records and spend time with the one thing he loves the most, music. After he purchased his first sampling keyboard, a Roland S-50, he created his early materials, which formed the initial base for Anibaldi’s later productions.

Very quick, Anibaldi got the chance to play with his alias DJ Mc in the most renowned clubs of Rome during late ‘80s, bringing sounds that were not heard before in the Roman music scene. DJ-ing enabled him to collect synthesizers and several other instruments that Anibaldi wisely used to explore and dedicate his energy to arranging and creating music. 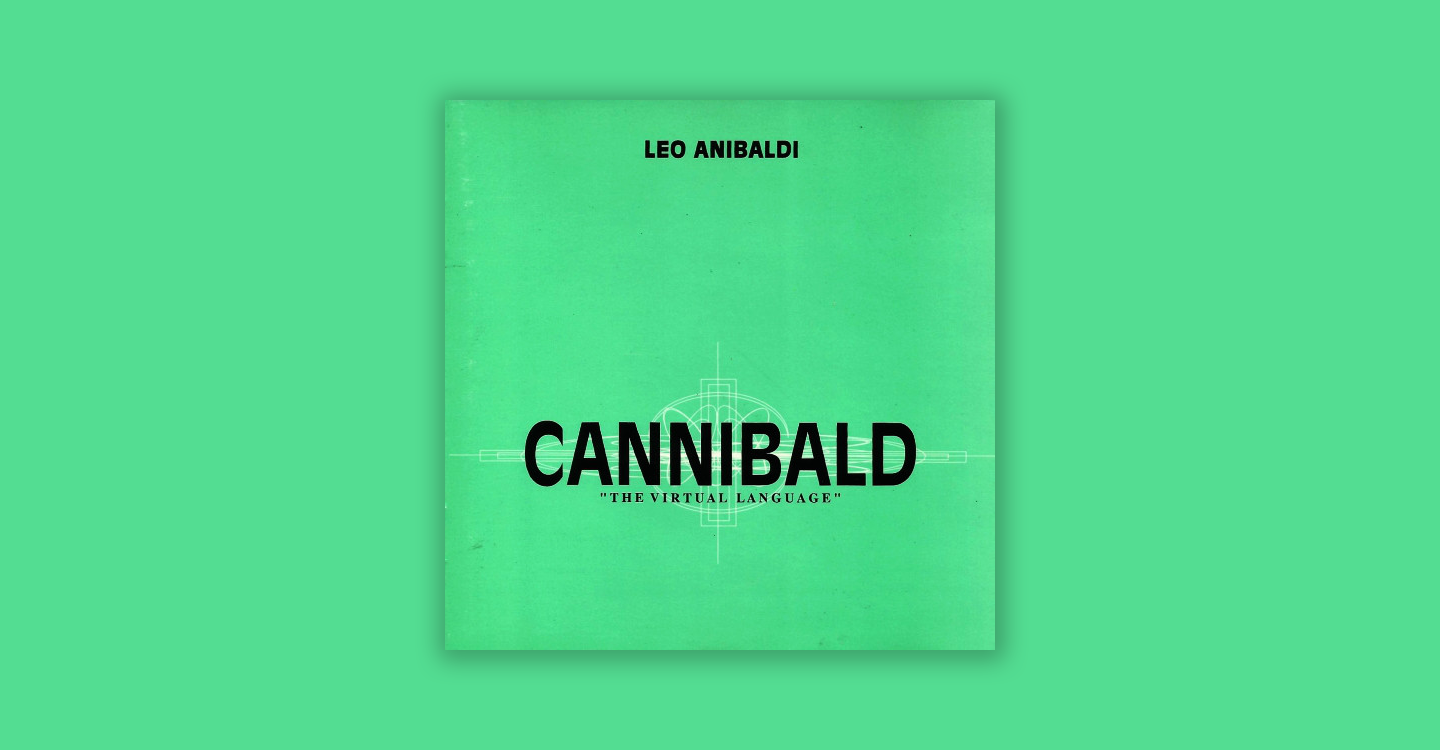 While playing in different places and meeting people with whom he shared his passion for music, Leo Anibaldi started to develop his style, and in 1991 signed a contract with ACV label (Alternative Current)—one of the first experimental techno labels in Italy. In ACV, Anibaldi released two albums, his debut Cannibald – The Virtual Language (1992) and his last album on ACV, Muta (1993). Other pioneering productions published on ACV include EPs such as Italian House, Noise Generation, Aeon, and various other compilations and remixes.

Anibaldi’s meeting with Lory D, another ground-breaking Italian music producer and founder of Sounds Never Seen label, resulted in the development of the Sound of Rome, a music movement which spread the techno music in Italy. Both artists were searching for that particular “Roman” sound pattern, a vision that made them attend long sessions in the studio, alongside Andrea Benedetti and Eugenio Vatta, other prominent techno Italian artists. Locking himself for hours to produce music, experimenting, and visioning, are some of the factors that contributed to Anibaldi’s successful artistic journey.

Due to some disagreements in 1995, Leo excluded himself from ACV and moved to Rephlex, the label of Aphex Twin where he released his album Void in 1996. For years, Leo Anibaldi has performed in countless techno parties and events and has produced numerous releases. In 2008, Anibaldi formed his label Cannibald Records in which he releases his own and other artists’ productions, for instance, works of Emilio Carrara, Francesco Pierguidi, Luigi Acidmachine, Giorgio Gigli, and Orlando Voorn.

One of the most notable releases on Cannibald Records is Phase II EP of his variations published in 2016, where Marcus Henriksson created a new version of “Always From Reality” (1992), one of the tracks of Leo’s debut album, and Donato Dozzy created a new version of “Aeon Fusion 1” (1994). Phase III EP is another version of Anibaldi’s creations released in 2017, a vinyl-only EP of remixes built from his earlier tracks, in which takes from Surgeon, The Advent, Ralph Mirto, and Knobs take part. Recently, Anibaldi reissued his 1993 album Muta on the new Italian imprint, Lost In It.

Anibaldi’s productions and his contribution to form the basis for the development of the so-called Roman techno continue to fascinate generations of upcoming artists. His creations will remain as one of the most exquisite collections of early Roman techno music. Our team had the chance to interview Leo Anibaldi regarding his long and productive artistic career, including his views on the current techno scene and his influences. 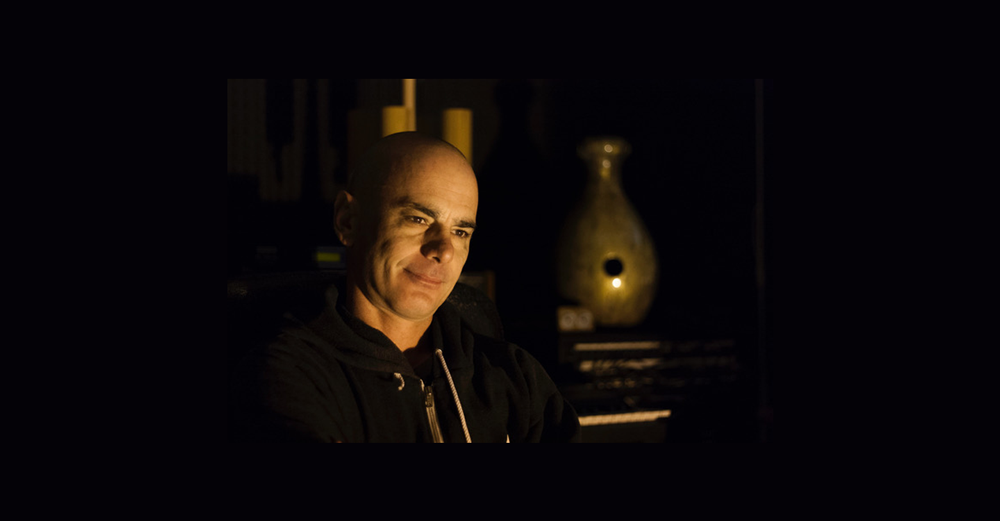 What attracted you to music production at a young age?

Leo Anibaldi: Music is a passion I inherited from my father. So I started at a really young age, playing drum, percussion and keyboard. I was very fascinated by the first electronic instruments, in fact, I started collecting them very early.

Can you tell us about your early passions and influences? What do you think shaped your music preferences?

LA: I have always been fascinated by the big jazz musicians like John Coltrane, Miles Davis, Herbie Hancock, Bill Evans, especially the productions of Miles Davis as Bitches Brew, The Complete In a Silent Way Sessions, Sketches Of Spain, and also I get a lot of influence from industrial music created with unconventional instruments, the likes of Einstürzende Neubauten, Coil, Throbbing Gristle or Psychic TV, and of course, all the Pink Floyd era as well.

Do you still have your collection of synthesizer? Are you continuing your practice of collecting?

LA: I can now say that I have experienced most of the analogue synthesizers present on the planet, and now I have decided that I am not going to buy any synthesizer anymore, because I’m finally happy with my setup, and I can create any kind of sound simply by using waves of my analogue modular.

How do you think your sound changed or evolved over the years?

LA: Since I discovered my extreme passion for music, I never stopped evolving or trying to be unique in my compositions—I’m the architect of my fantasy. 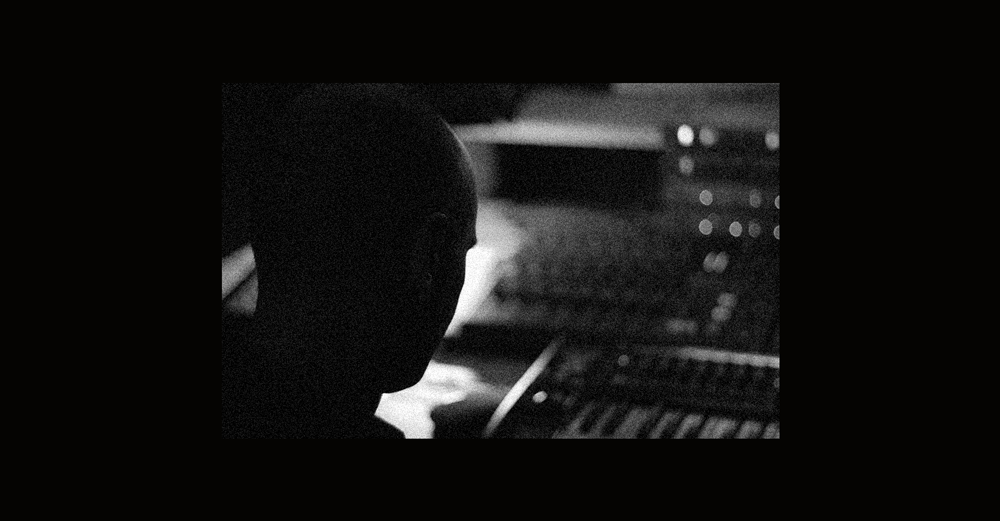 What are your opinions on the Roman techno scene nowadays? What about outside Rome and Italy?

LA: At the moment I’m living a quiet life, and I see only a few friends, I don’t know about the situation in Rome, I only go there when I’m booked from the clubs.

What is one of the best memories you have jamming with Lory D, Benedetti, Vatta and others?

LA: As you may know, we used to spend a lot of time together, and I have one special memory that always comes to mind—one of the first periods when we started hanging out—I remember one day Lory D, Andrea Benedetti and Eugenio Vatta were working on the vocal of the track called “The Sounds Of Rome,” and of course, when I played it in a gig with Lory, it was really funny in those years—everything was just starting, and people were lovely.

You had an interview in 1992 with the German magazine, Frontpage, where you were asked about your top 10 tracks/artists. You mentioned Pink Floyd, Lory D, Richie Hawtin, Aphex Twin, etc. Can you add another top 10 after approximately 26 years?

This is not a chart, and these are some of the favourites that give me a lot of emotions. 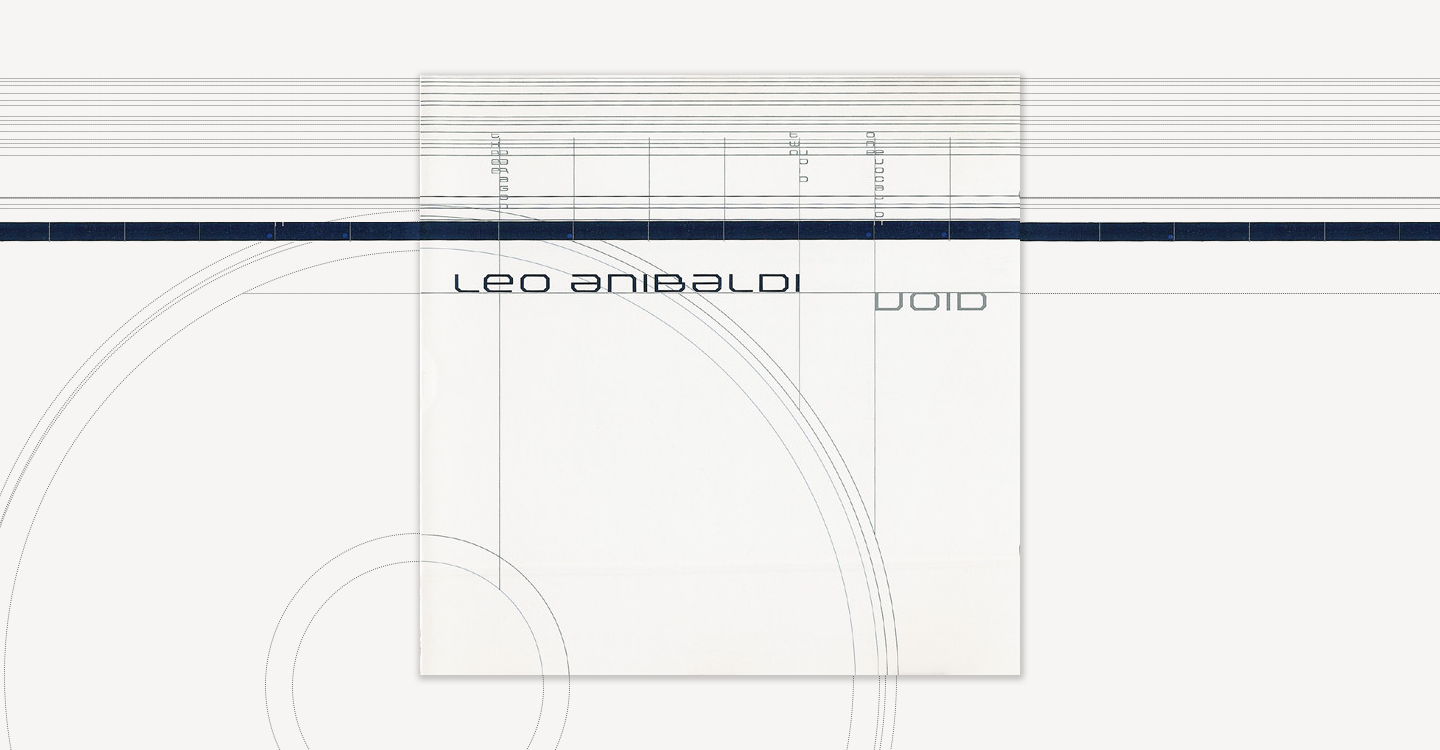 Your album Void, released on Rephlex Records is one of the many releases worth remembering. Tell us more about how did you develop the idea of making the album and your relation to Aphex Twin?

LA: I met Richard D. James in the early ‘90s at the Knowledge club in London. I was really surprised when he came to congratulate me on my latest releases, so I did the same with him, and he asked me if I was interested in releasing something on Rephlex Records. So I moved to Berlin and rent an ex-small factory where I started recording the music. Just after the Void album was published, we shared a lot of experiences playing around Europe, it was a great time, people were full of energy, and the braindance scene was just starting.

Tell us more about the journey and challenges you had from the point you established your label Cannibald Records?

LA: Cannibald is the sublimation of a concept born a long time ago with my first album, basically is an extension of what I have in my mind. It allows me to be totally free and keep my soul under the underground line.

You worked with Donato Dozzy and Marcus Henriksson on your Phase II EP. Tell us more about the experience.

LA: In the last 3 years, I involved some artists on remix projects of my back catalogue from the ‘90s, so I thought it was a good idea to do some new versions of my old stuff.

For each project I found the right artist to involve, and in this case, Donato and Marcus were the proper ones, I knew they could do it well because they respect and love my music.

In addition to the previous question, how did you come up with the idea of making Phase III EP?

LA: As explained before, I’m working on remix projects strictly on vinyl, Phase III is the third vinyl that comes with four remixes of some of my hard acid techno stuff. I was very excited when I heard what they did to my music, and I think I asked the right artists to create this unique sound—this is the last one.

You also just reissued your 1993 album Muta. Are you working on a new album or any other musical project that you want to mention?

LA: The reissue of Muta means a lot to me; I’m especially happy that it has been reprinted by a just born Roman label, Lost In It, best wishes to them. There is a long story about my entire discography, I had really negative experiences with my ex-producer Tony Verde, in fact, he keeps all my music and steals most of the earnings that come from my works—when I decided to leave the ACV label, and form mine, was like the steal of my life. I never stopped creating and evolving my mind into creation, of course, something will come from me, like my new album, which is not finished yet.

What are currently some of the most important tools and instruments you’re using?

LA: Of course, my Roland System-100M is the one, I’m using it since the ‘90s, and it always gives me an infinite possibility to create sounds. Anyway, I’m only using analogue gear.

What are you hoping to explore in the future counting creative mediums, hobbies and other things you consider striking for you?

LA: Now I’m into a new research, and I’m exploring the acoustic world, creating sounds by unconventional instruments to create particular sounds—ambient and grooves. This new experience is leading me into a new dimension of creating and a different approach to write music. Also, my creativity and curiosity are now in an infinite range.

LA: I notice that people are not so interested in electronic music like in the early days; it’s getting more and more difficult to see thousands of people dancing on the same dance floor. I think one of the first reasons is that people today are completely surrounded by it, so it’s not something new anymore, and the scene is saturated by the millions and millions of people who are doing music just for fun thanks to the stupid software programs available on the market, and also the way of producing music is completely changing in a bad situation, everybody feels like an artist. Especially in techno music, there are really a few artists who are doing well, and I don’t hear innovation anymore, just a copy of what was done before honestly. Personally, I think that a new revolution will come, but it needs a lot of work by us.

What is the idea behind the mix? How did you choose the records in it?

LA: This is a 6-hour mix recorded in Berlin from one of my all night long performances.