Based in Istanbul, Turkey, Ouchhh is an innovative audiovisual media agency with projects showcased on international landmarks, public spaces, characterised by the use of large surfaces for projection. By incorporating video mapping technology in their artwork, since its foundation by Ferdi Alici, Ouchhh has given life to inanimate objects such as faces of buildings, planetariums, and even old industrial power plants. 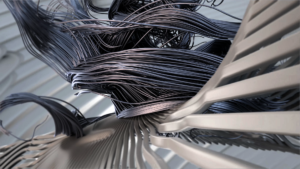 Their style ranges from the relatively minimalist to some of the most complex designs ever to be projected on such massive structures they choose as their canvas. When asked about the key factor that made Ouchhh become one of the most-wanted media agencies, Eylül Duranagaç, the creative director, simply replied:

“The unique style Ouchhh studio has attracted most of the brands and enterprises. We use science, art and technology together by channeling our experience in an artistic manner.”

These projects are some of their biggest and most intricate designs for any of which, hundreds or even thousands of working hours were put in, following the process of first designing on the aesthetic, engaging in the R&D process, creating the storyboards-style frames and eventually production.

Ouchhh has grown to an international level with another office in Los Angeles, California, and partnerships around the world from where they operate. With access to multiple locales of art and culture, they have influenced many artists and scenes in cities such as Los Angeles, Barcelona, and Vienna, to name only a few. 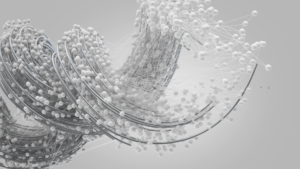 Having brought a fresh and unique artistic perspective to the world of digital art and graphic design, Ouchhh has been invited to collaborate with many industry-leading companies such as Google, Nike, and Cosmopolitan. Their most outstanding projects to date were displayed at TEDxCERN, featuring TEDxCERN Main Titles and AVA V2. Other fascinating projects include iOTA: an audiovisual performance with artificial intelligence, Cygnus: an immersive light installation performance, H OM E OMOR PH ISM: a dome audiovisual performance, and countless more.

“Usually, our customers keep in touch with us. We don’t reach out to them. We check the mediums of the project; what is required what can we create out of this or how can we make it better. So firstly we decide on that. And sometimes we share our vision and opinion with the brand when they send us their brief. So we turn their idea into a unique and exciting project by adding much more than they ask for.” — Eylül Duranagaç

Over the years, Ouchhh has been decorated with numerous prestigious awards for their excellent work. They were featured on the Ars Electronica platform four times and won two FELIS and two Crystal Apple Awards, the first media agency in Istanbul to do so. Moreover, the company gained worldwide exposure at the International Design Awards (IDA) where they have been awarded a silver medal, a bronze medal, and three honourable mentions. Recently, Ouchhh got the German Design Award with AVA V2, besides its Silver Cube Prize at ADC Awards in New York, together with a Merit price for TEDxCERN Main Titles. In addition, Duranagaç considers AVA V2 as one of the most challenging projects the agency has worked on.

With a 6 month of research, we were inspired by Buckminster Fuller’s iconic Dome structures. We decided on this version by from many other versions we created. With our own technique, we wanted to create a 360-degree installation which can be observed from the outside with our mapping. Although it was challenging from the technical and R&D side at the end, we were satisfied with the result.”

This year, Ouchhh reached new heights by winning the internationally acknowledged Red Dot award Communication Design 2017, for both their TEDxCERN instalments. We asked Duranagaç to tell us about the experience working with CERN, and he thoroughly explained it to us.

We either worked with them, or our projects were presented in those places. Our projects don’t only attack the art and technology communities locally and internationally, the science communities are attracted to our projects as well.

To work with the scientists or people who are experts on science is a unique privilege for us. These kinds of experiences are priceless for us. As Ouchhh Studio we are motivated by those peoples encouraging feedback and positive opinions about our projects.”

Lastly, as Duranagaç implied about Ouchhh future projects, the agency is focusing on new AI projects, a very exciting new for their admirers.

“We actually created the world’s biggest artificial intelligence performance by using 104 projections. And we are planning to develop more AI projects.”

If all the awards Ouchhh have won to date don’t impress, their awe-inspiring works are sure to astound everyone from the layperson to the experts in their field.