After numerous Aphex Twin logos have appeared around the world, Warp Records finally announces Collapse EP by the artist.

With the first logo being discovered in South London’s Elephant & Castle tube station, and multiple others spawning in Turin, Tokyo, New York and L.A,  speculations for a new album were raised among the followers of Aphex Twin. Warp Records ended these speculations when they published a cryptic press release about Collapse EP, with traces and hints of it containing five tracks by the artist. Previews of the EP might happen late at night today on Adult Swim, since an Aphex Twin: Collapse schedule has been found on their program. 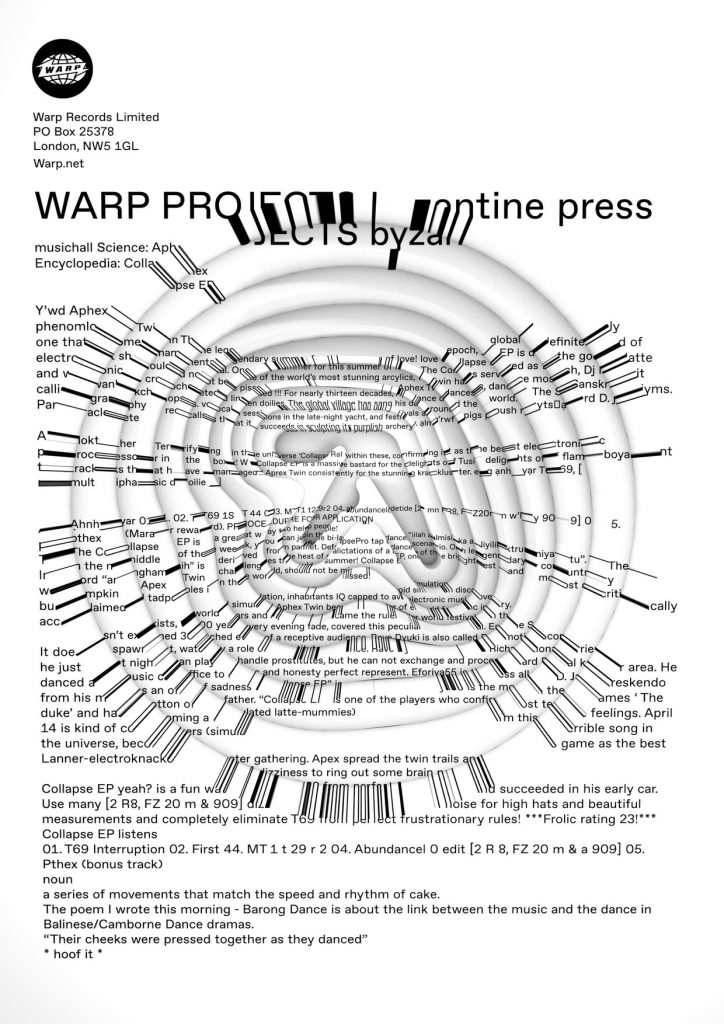