The logo has been spotted in London and Turin. 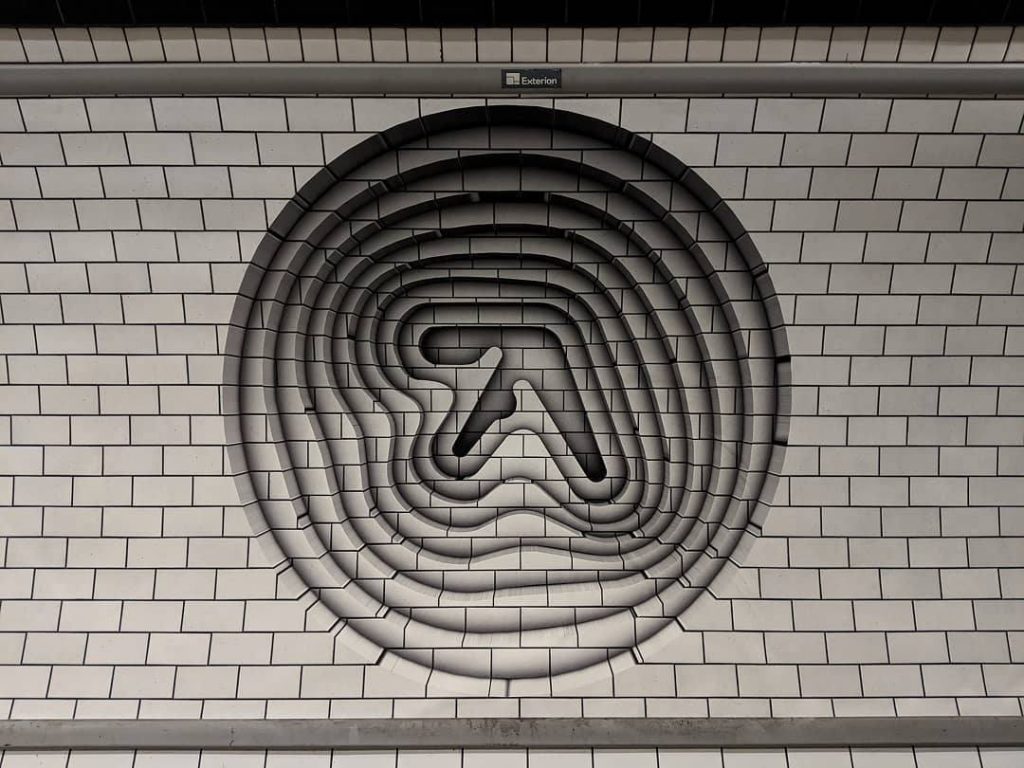 Warp Records is known to use non-conventional ways of promoting the work of Aphex Twin. The activity before the launch of Syro could serve as an example when the label flew a blimp over London with the logo of the artist on a green background. Yesterday, in south London’s Elephant & Castle tube station, two billboard ads with the Aphex Twin logo have been spotted. The location in which the prints are placed coincides with previous rumours which stated that he lived in a bank vault in Elephant & Castle.

The logo has recently also appeared in Turin, the Italian city where Aphex Twin will headline this year’s Club To Club Festival. Sourdoreille, a collective of journalists and videographers have tweeted a photo of the logo in Turin by saying “A word of advice, watch the streets of Paris in the coming days,” continuing to tease the fans who are eagerly following the recent events.

No further information has been disclosed by either the label or the artist, and the meaning behind the billboard ads remains a mystery.