The mysterious campaign follows the previous signs appearing in Turin and London. 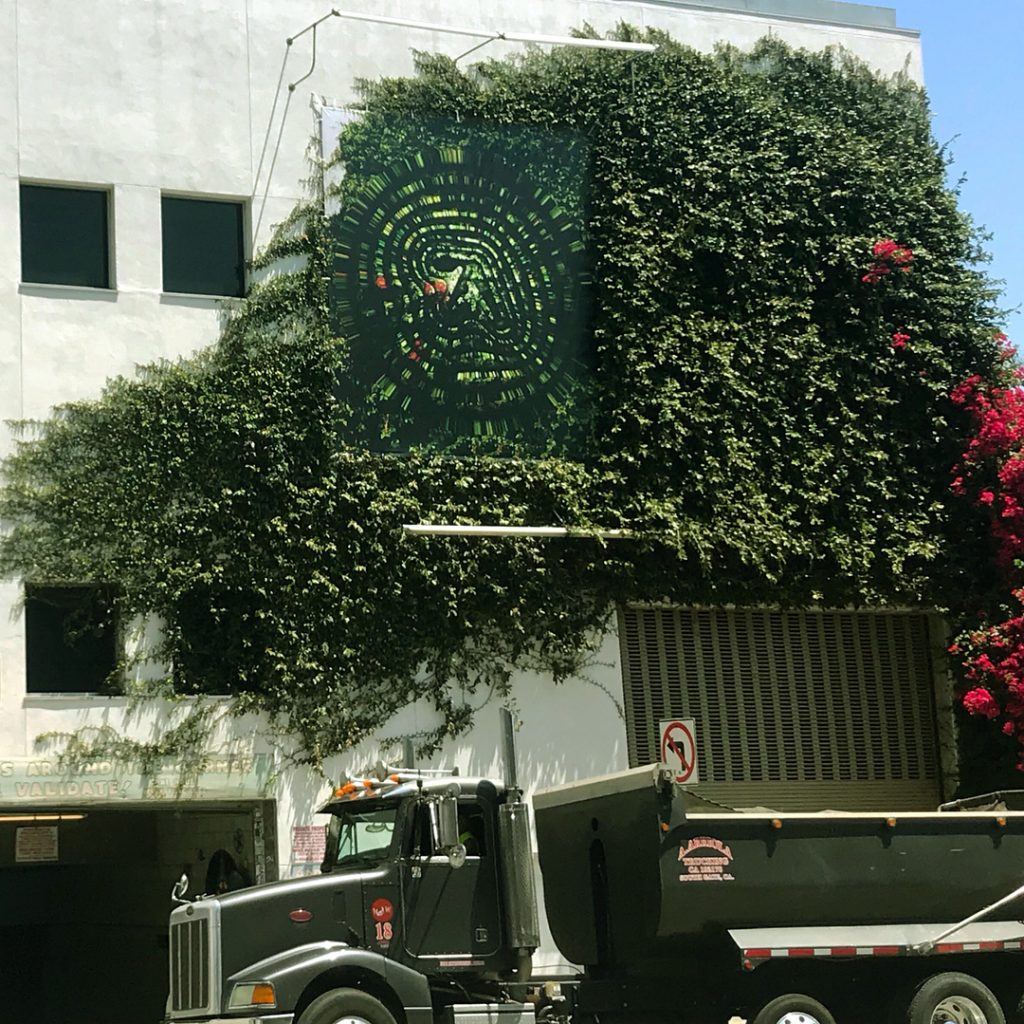 Two Aphex Twin logos appearing in London and Turin raised speculation among followers that a new  album from the artist might be coming out. The third logo just appeared at an ivy-covered wall at Amoeba Records in Los Angeles.

It all started on Monday when the artists logo popped up in London’s Elephant & Castle tube station, just to be followed the next day by a second one in Turin, the Italian city where Aphex Twin will headline this year’s Club To Club Festival.

Warp Records is known to use non-conventional ways of promoting the work of Aphex Twin. The activity before the launch of Syro could serve as an example when the label flew a blimp over London with the logo of the artist on a green background.