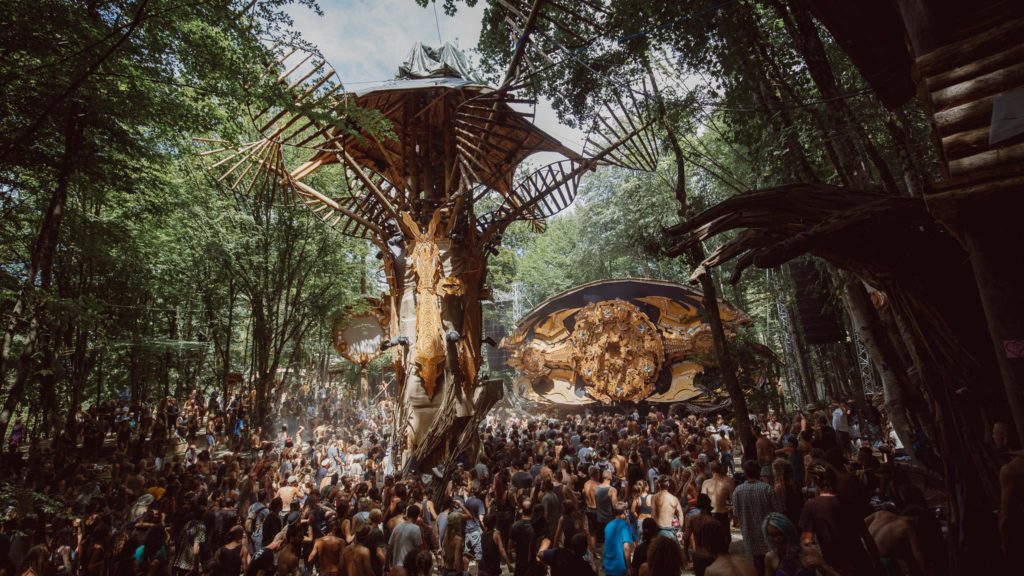 Momento Demento Festival, one of the most influential psychedelic festivals in the world, growing internationally from its general headquarters in Primislje, Karlovacka, Croatia, has revealed the performing artists of the main stage, The Hive, with over 50 acts and performances.

The Hive stage will have its location in the middle of nested deep valleys, surrounded by rivers and waterfalls, being the one stage that represents diversity and variety with artists such as Parasense, Antonymous, Earthling, E.V.P, Dust, Fagin’s Reject, Farebi Jalebi, Frantic Noise, Orestis, Kasatka, K.i.M, Onkel Dunkel, Megalopsy, Nargun, Regan, Will o’ Wisp, and many more. The seventh edition of MoDem Festival will be promoting underground psychedelic sounds and cutting-edge visual and experimental art. Other lineup details include Sensient, Claudio PRC, Tijah, Sourone, Ness, Knobs, Kliment, HypoGeo, Evil Oil Man, Brujo’s Bowl, DJ Bayawaka, and a lot more at The Swamp stage. Further details of MoDem’s third stage, The Seed, will be announced shortly.

Last year’s edition was a sold out, with guests coming from all corners of the world, showcasing artists like Marcus Henriksson, Atriohm, Alan Backdrop, Arjuna, Dickster, Luigi Tozzi, and Virtual Light, among many others. Despite achieving massive international attention, the Balkan based festival will not expand its tickets in numbers.