This is the second reissued album by Shpongle. 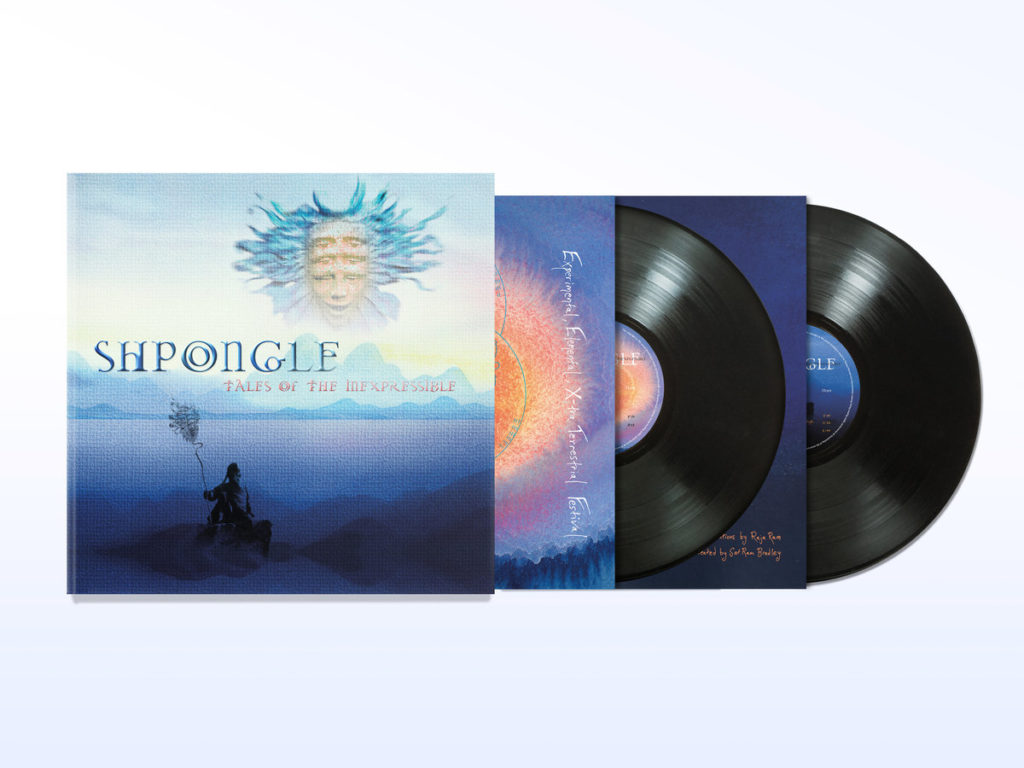 Shpongle have reissued their 2001 album, Tales Of The Inexpressible, via Twisted Records, landing on 26th of February, 2018.

After the release of the much-awaited album, Codex VI, follows the success of reissuing the iconic debut album, Are You Shpongled?, the psychedelic chill out producers Raja Ram and Simon Posford have done it again by reissuing their 2001 album, Tales Of The Inexpressible. Almost two decades since the initial release, Shpongle this time remastered and re-cut their nine-track album for a fresh vinyl release. Starting the album with flamenco guitar and Latin vibes, the next tracks carry you immediately to an incredible music trip, adding the Indian Flute and numerous elements to combine with “multi layered sounds, shapeshifting focus and awe inspiring depths of the advanced Shpongle production techniques.”

Listen to the Tales Of The Inexpressible at their Bandcamp.