Exit Festival has presented the entire lineup of No Sleep Novi Sad stage, held in an 18th-century fortress on the banks of the Danube, Petrovaradin, Serbia, on July 12 until 15th.

Find the full lineup below. 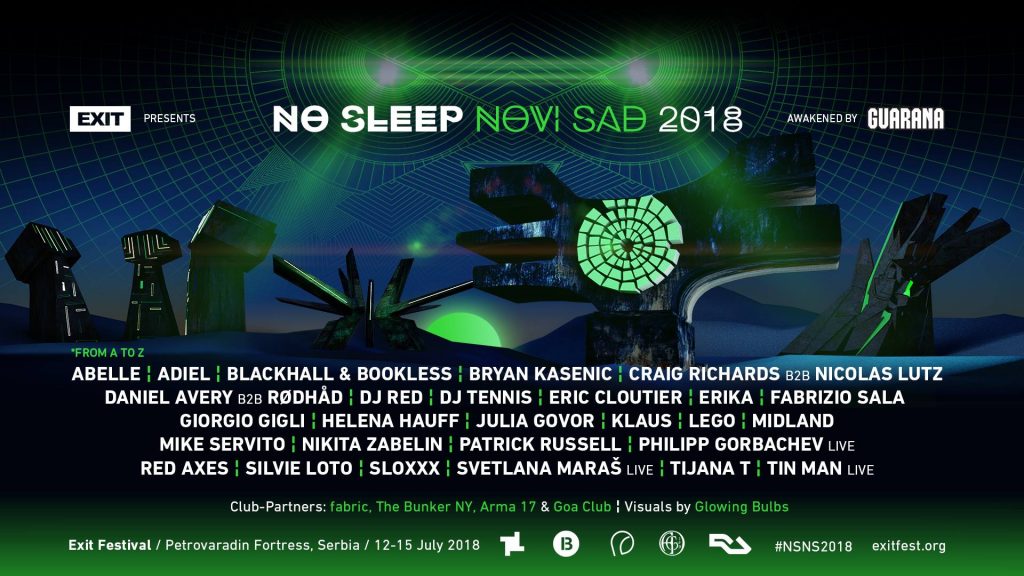