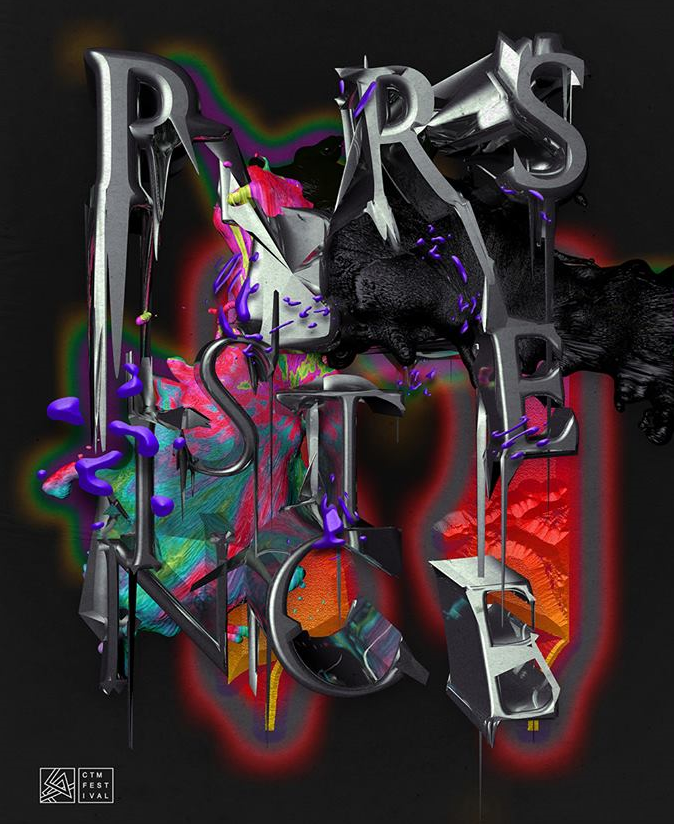 CTM Festival presents the first wave of performing artists for their 20th edition happening in Berlin from 25th of January till 3rd of February, 2019.

CTM Festival will invite both longtime and new artistic collaborators through a series of concerts, club nights, exhibitions, talks, and other formats “to collectively consider the struggles that come with balancing continuity and changeability. This edition’s theme of Persistence examines the aesthetic and societal potentials and pains of perseverance, and of its opposite–the transient and the provisional. It’s not only a fitting allegory for our 20th birthday, but also describes an attempt to consider what is worth being persistent about, and how,” says the festival in a press release.

The first wave of artists announced are Actress + Young Paint, Eartheater, Lotic, Gazelle Twin, Khyam Allami, Rabih Beaini & Pouya Pour-Amin Ensemble, and Yves Tumor among others. CTM 2019 will again play out across some of Berlin’s most standout cultural and nightlife venues, including regular partners such as Berghain, HAU Hebbel am Ufer, Kunstquartier Bethanien, Festsaal Kreuzberg, Heimathafen, and SchwuZ; and new partners DAAD, nGbK, and Grießmühle.

As in previous years, CTM Festival will take place parallel to and in collaboration with Transmediale – festival for art and digital culture, which will hold its 32nd edition. In the weeks before the two festivals, the 9th edition of Vorspiel, a city-wide programme in which over 45 Berlin-based initiatives and venues invite the public to a series of exhibition openings, performances, interventions, artist talks and special events, will be launched on 18 January.