SKALAR, a creation with 65 motorised mirrors and 90 moving lights. 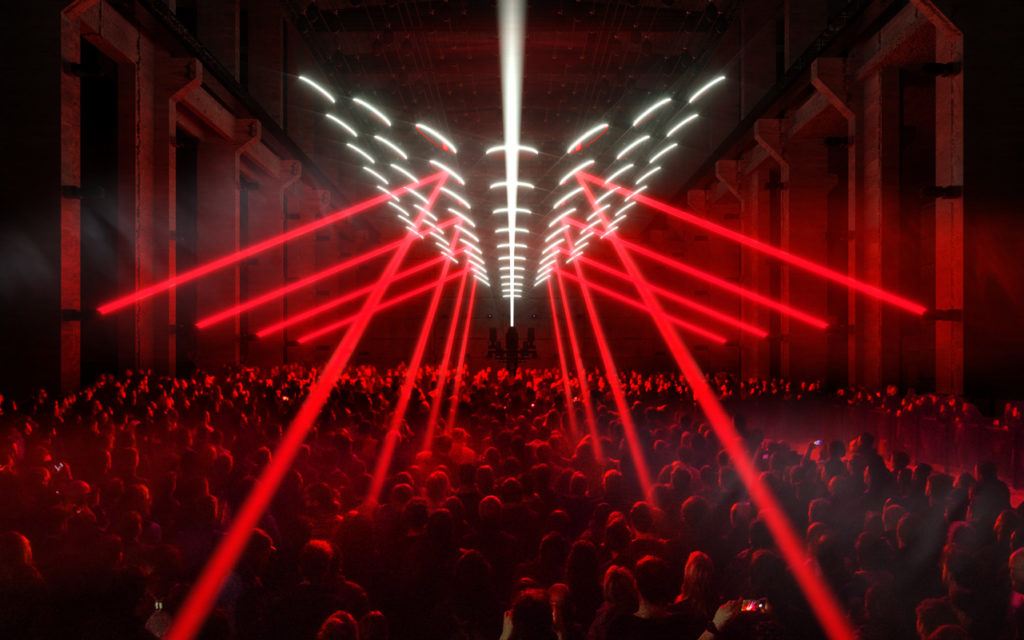 CTM Festival this year presented under the Turmoil theme, being held in Berlin through January 26 – February 4, will also be the host of an art installation created by Christopher Bauder (WHITEvoid) and Kangding Ray, named SKALAR.

CTM Festival, as an annual music, visual art, and culture event, was founded in 1999, mainly focused on electronic music. However, it has been developing its preferences by covering a wide range of genres and art installations since then.

Following the 2016’s successful audiovisual kinetic installation, Deep Web, a collaboration between Christopher Bauder and Robert Henke using precision lasers and a matrix of 175 moving balloons by creating a dramatic three-dimensional sculpture of lines and dots placed above the audience, CTM has presented the upcoming art installation, SKALAR.

CTM’s 19th edition brings a collaboration between Christopher Bauder and Kangding Ray, presenting a large-scale creation discovering the intricate effect of light and sound on human perception. The instalment will be an interaction of lighting, techno and experimental music by Raster-Noton’s musician and composer, Kangding Ray, “evolving tirelessly in its exploration of texture, rhythm, and sound design.”