Gathering of the Ancient Spirits will be out in spring/summer this year. 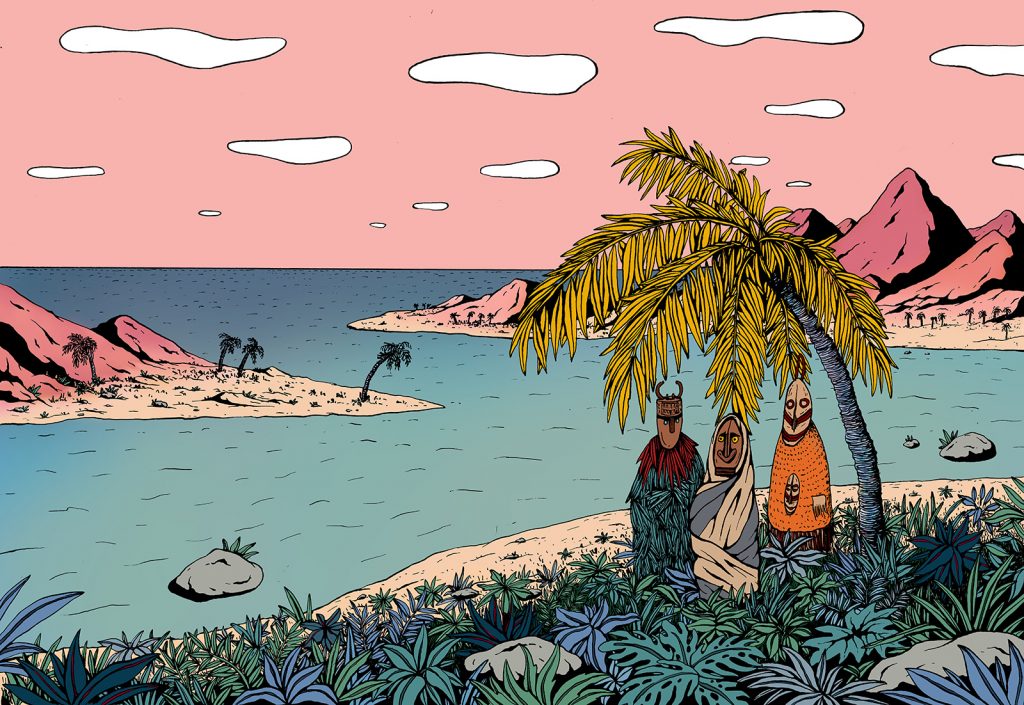 Phil van Dulm and Alexander Bartels AKA Wanderwelle will release their second album, Gathering of the Ancient Spirits, on the Canadian record label Silent Season, expected to be out this spring/summer.

The Amsterdam-based duo chooses to always tell a tale with their releases. On their previous and debut album on Silent Season, Lost In A Sea Of Trees, they were inspired by “the mysterious pagan tribes that once roamed across the European woodlands.” Whereas on the new album, Gathering of the Ancient Spirits, Wanderwelle drew inspiration from the last years of the life of post-impressionist artist Paul Gauguin spent on the islands of French Polynesia, since this year coincides with the 115th anniversary of the artist’s death. As the artists stated “In 2018, it’s exactly 115 years ago that Paul Gauguin passed away. This album is an ode to one of the greatest artists that ever lived.” The music on the album has an exotic and tropical, fable-like narrative to it thus visualising the work of the French painter, who captured the untouched nature of the island and the connection of the society there with past artefacts inherited by their ancestors.

Tracklist
01. Primitive Dreams
02. Sanctuary for Forgotten Birds
03. Her Name is Vairumati
04. An Offering of Gratitude
05. The Seed of the Areoi
06. Sacred Spring, Sweet Dreams
07. The Fire Dance
08. Ancestral Guidance
09. The Haunted Shores of HivaOa
10. Oviri