Suzanne Ciani has announced the release of a new album in collaboration with Third Man Records that captures her live performance in San Francisco on March 5, 2016.

The first solo Buchla performance in 40 years of the innovative synthesist, composer and sound designer Suzanne Ciani played on a Buchla 200e System has been captured on vinyl and will have a rare limited release on quadraphonic vinyl. Quadraphonic sound uses four channels in which speakers are positioned in four corners of the listening space, and though it failed to reach commercial success, Ciani has been using it in her Buchla performances. 227 copies of the album LIVE Quadraphonic will be pressed to rare quadrophonic vinyl and will include a hardware decoder to decode two channels of audio from the vinyl disc back to the four-channel recording. The album will also be available digitally on June 4th, coinciding with Ciani’s birthday.

Third Man claim that this album is the first quadraphonic vinyl release in 30 years and noted that “The vinyl discs were thoughtfully pressed at Jack White’s Third Man Pressing plant in Detroit, MI and are fully compatible for play with any vinyl playback systems in stereo. Current owners of vintage Regular Matrix quadraphonic receivers may also listen to LIVE Quadraphonic in quad via any format, digital download, streaming, radio broadcast or vinyl.” 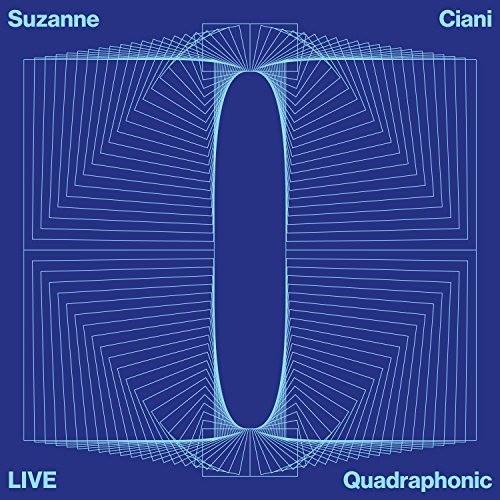