Journalist, Punk Historian and author Jon Savage will be releasing a new oral history of Joy Division titled This Searing Light, the Sun and Everything Else: Joy Division – The Oral History, which will be out on March 7th 2019, followed by the American release on April 23rd on behalf of Faber & Faber.

This book is a collection of over three decades of interviews from the English rock band, including all critical characters in the story of Joy Division, members Bernard Sumner, Peter Hook, and Stephen Morris, as well as Ian Curtis’ wife Deborah Curtis, Factory Records graphic designer Peter Saville, and others. “It is a classic story of how young people armed with electric guitars and good taste in literature can change the world with four chords and three-and-a-half minutes of music,” claims the press release following the announcement of the book.

The new book by Savage is a follow-up of his involvement in the 2008 documentary film Joy Division.

You can pre-order the book here. 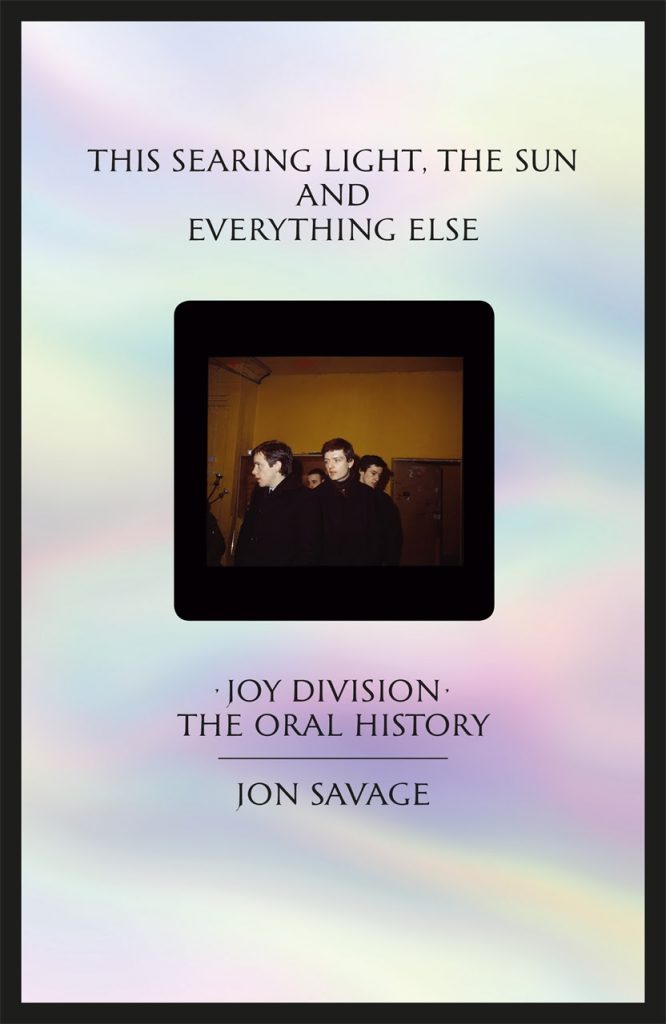