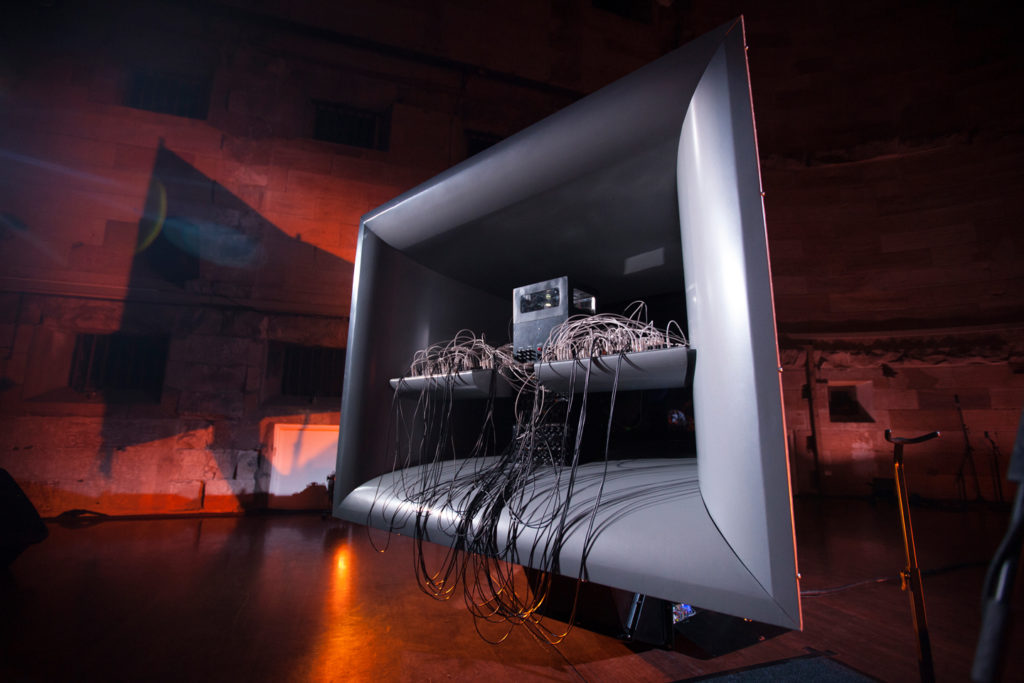 Most of the times when music and technology collide, new ways of creating music are generated. However, no one expected a creation similar to cellF—world’s first neural synthesizer. cellF is made of a living neural network that grows in a Petri dish and controls analog synthesizers that work in synergy with the neural network in real time. cellF had its first show on October 4th, 2016 with Darren Moore (Tokyo-based artist), where an interesting improvisation occurred mesmerizing the participating audience.

Simply put, the creation of cellF was as a result of Guy Ben-Ary’s dream to become a rockstar and the chance he was given to create a biological self-portrait. Even though this might not be the most-conventional way of being considered a rockstar, Ben-Ary and his team made out of designer and new media artist Nathan Thompson, electrical engineer and synthesizer builder Dr. Andrew Fitch, musician Dr. Darren Moore, neuroscientist Dr. Stuart Hodgetts, stem-cell scientist Dr. Michael Edel and neuro-engineer Dr. Douglas Bakkum, once again demonstrated the limitless possibilities of science.

The science behind cellF, how Ben-Ary cultivated his own skin cells, and the creation of cellF’s brain and body, are explained in Ben-Ary’s Youtube video below.