Freerotation has presented the performing artists on this year’s edition, held in its annual venue at Baskerville Hall, from July 6th to July 9th, 2018.

Freerotation, the UK electronic festival established in the early 2000s, is a prominent festival that hosts only members and supporters of the event at the Baskerville Hall, an exclusive hotel zone reserved for the event to take place. This summer the festival has arranged a great hand of lineup, returning plentiful artists who have been performing in the previous editions, including Move D, Ben UFO, Surgeon, Jane Fitz, Burnt Friedman, Pearson Sound, Peverelist, Pangaea, and founders Steevio and Suzybee among others.

Other highlights embrace Mathew Jonson who will also make his debut appearance in the festival, showcasing a solo performance and moreover a live act with Circle Of Live together with Sebastian Mullaert, Johanna Knutsson, Dorisburg and Steevio, and Freedom Engine. The three-day event has announced their visual performing artists as well, with Seanie Louise Smith, Suzybee, The Moth Factory, Verdigris, Vesta, Yagama, Zeke Clough among the many announced. The rest of the programme and more news relating the UK electronic festival will be announced in the near future. 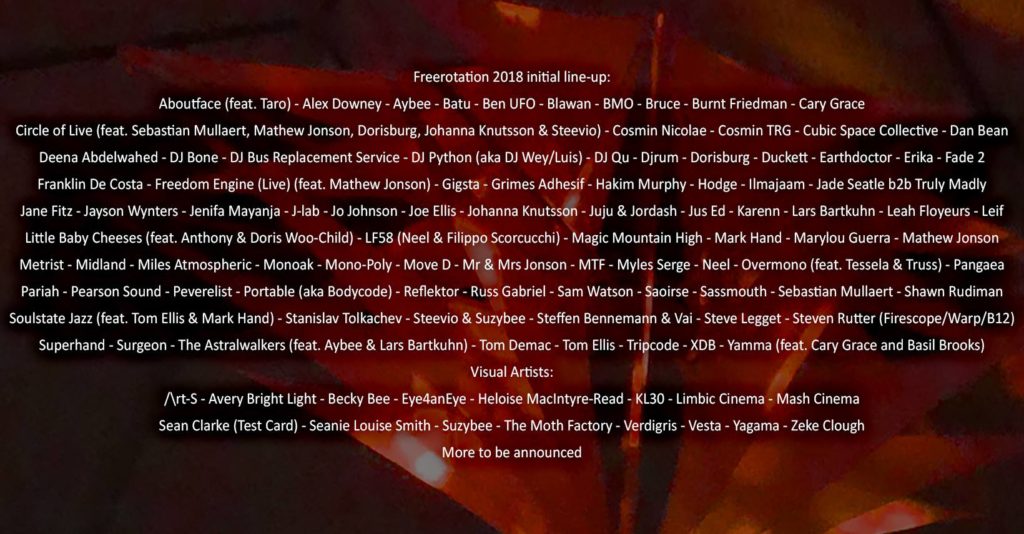