Berlin Atonal have announced twenty of the confirmed acts for this year’s edition of the festival, occurring at Kraftwerk Berlin from 22nd of August till 26th.

Highlighted acts include Lucrecia Dalt’s world premiere of her Synclines, Gábor Lázár’s Unfold project, the new collaboration between Kassem Mosse and Lowtec, Hiro Kone’s Pure Expenditure work and many more. Live audio-visual experiences are also included at the powerplant, powered by Darren Cunningham AKA Actress, Scotland’s Lanark Artefax and last worth a mention but not least the British Murder Boys (Regis and Surgeon) live performance, which is the first show in Germany after 10 years.

The next batch of artists will be announced by the end of June when individual day-tickets will also go on sale, whereas the full lineup at the end of July.

Additional information about the venue, festival and details can be obtained here. 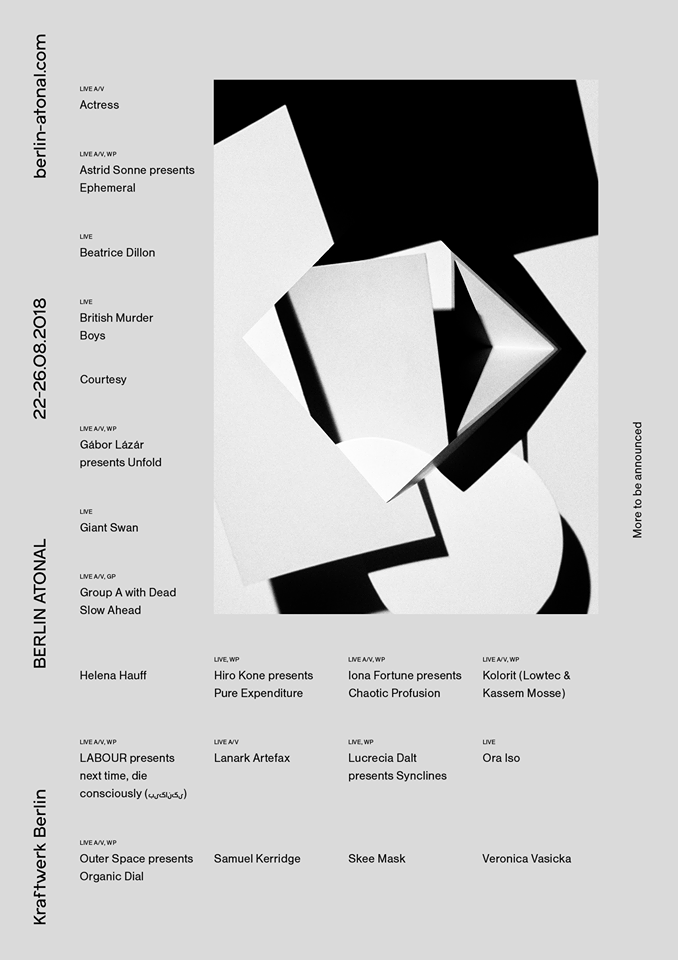 Thursday, May 31 By Orb Mag