Various – 15 Years Of The Bunker 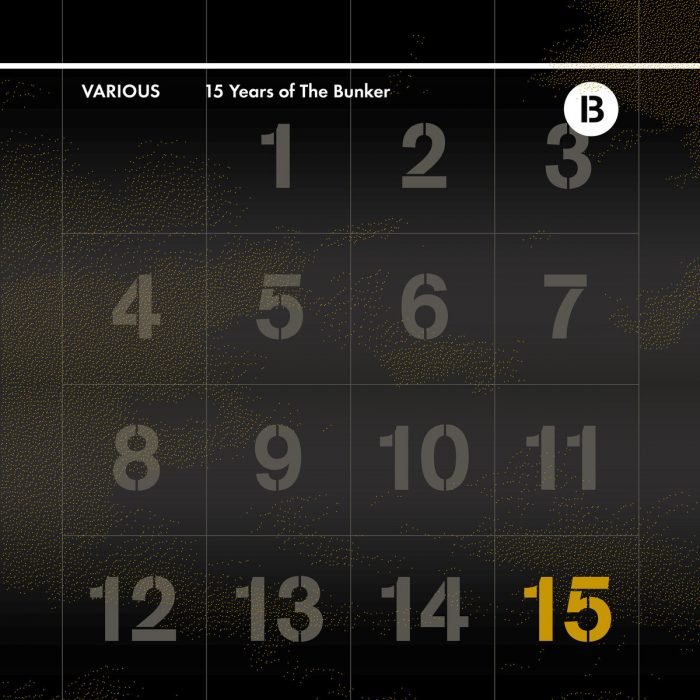 The famous Bunker community brightly celebrates its fifteenth birthday: they organise parties around the world with the participation of residents and musicians which took part in the life of the label and a series of podcasts. Also, a wonderful decoration of this holiday was the release of the musical collection 15 Years Of The Bunker dedicated to this, no doubt, significant date.

The history of the community, which was formed in New York in 2003, began with parties in the Polar Bear club, where they have invited those artists which other clubs didn’t dare to invite. Later, in 2008, launched the legendary series of podcasts, which started with a mix of Someone Else, and later a record label and booking agency. For over 15 years, The Bunker community has accepted more than 270 electronic musicians, 166 of which left their mark for their compilations within the framework of The Bunker Podcast.

Speaking about the compilation, 15 Years Of The Bunker, released on the anniversary of The Bunker, which has a total duration of about three hours and includes 26 tracks from musicians who have left their mark on the history of the community. There were gathered here as big, eminent artists, whose names meet on lineups of the top parties and festivals, such as Function, Mike Servito, Tin Man, Marco Shuttle, and Tobias. As well as modest, but no less talented performers to whom The Bunker in due time provided a chance to reveal themselves and show themselves to the world in the best possible way.

This is a great cocktail, in which all the multifaceted tastes of techno music are mixed: from calm dub rhythms in Coward’s “Band Back,” straight barrel and energetic bass in Tin Man’s “Melt Acid,” forward to fast broken rhythms flavored with fatty acid samples in “Isoprene” by Leisure Muffin. The collection ends symbolically with the track by Ulysses, who is the last (at the time of writing the review) participant in The Bunker series of podcasts.

Looking at the names in the tracklist, there is no doubt The Bunker keeps its mark. For their jubilee, Bryan Kasenic collected for us all the cream that was celebrated for 15 years. Here you just need to listen and savour every minute, immerse yourself in music, paying tribute to the ideological inspirers of this project. For the fact that they still don’t get tired to please us with magnificent music, charge with their energy and prove with every podcast, every release, every party—the electronic music exists, it can not fail to be!