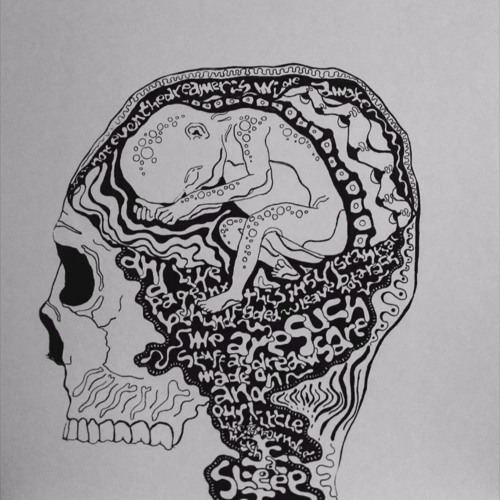 The history of one of the most mysterious characters of modern electronics continues. Leaving the friendly family Giegling, solemnly killing one of his aliases Prince of Denmark, marking this as the release of a full-fledged album 8, the mystical German genius returns under the new name of Prime Minister of Doom with a full album. The release of Mudshadow Propaganda was announced along with one more creation of the artist Nothing 2 Loose as DJ Healer.

What to say, the versatility of this artist does not give in to doubt. Speaking of Prime Minister of Doom and his debut Mudshadow Propaganda, then, probably, it would be fair to call it a kind of reincarnation of the previously mentioned Prince of Denmark. Of course, there are enough twists to his other musician projects, but in its mood (and name, especially in the abbreviated version: PMOD), this is an explicit reference to the POD. Also in the title of LP, you can also see an ambiguous hint—what if the MudShadow is the ghost of the father of “electronic Hamlet?”

Conceptually, the album is very smooth and relatively straightforward. Dark and measured minimal techno, sometimes leaving in the direction of the deep, and sometimes the micro house. Rhythmic but not aggressive musical palette of the album looks in the best traditions of the genre and also seems very characteristic for its author.

Prime Minister of Doom begins his ascent, and we see his first manifesto. He’s been loud with himself since the very first track “Getting Things Started.” The following two parts of the “Tribal Days” patrimonial proclaim a new epoch of the Minister, beating off the drum section in unison with the rhythm of his royal march. “Deep In Your Heart” with a deaf barrel and contrastingly sonorous vocals reminiscent of a Baptist sermon, embrace you into a trance and as if forced to look in your heart and find the “Truth Inside” there. The final “The Wai” looks like a promising epic in almost 12 minutes, prophesying a new and far way of the Prime Minister of Doom.