These relics of the past have long been forgotten and reclaimed by nature.

There is a certain aesthetic value which abandoned buildings gain over the years depending on whether they are haunting or enchanting or downright awe-inspiring—visitors and urban explorers keep coming back for more.

The following places show a side of urbanism and industrialisation which one doesn’t see every day. Besides, not many buildings such as these remain around the world that haven’t been demolished or repurposed already. The idea to turn places like these into nightclubs is not new by any stretch, the legacy of the warehouse party is quite long and characterised by the use of abandoned spaces which aren’t always pretty or even accessible for that matter.

The buildings which make it on our list are not only beautiful but serve as historical relics and landmarks in the places they are found. The buildings tell the story of a city like Detroit as it was in its hay-day, power plants which provided electricity for thousands like the famed Battersea on the cover of a Pink Floyd album, and the unsavoury Communist past which is the shadow that still looms over many Eastern European countries. 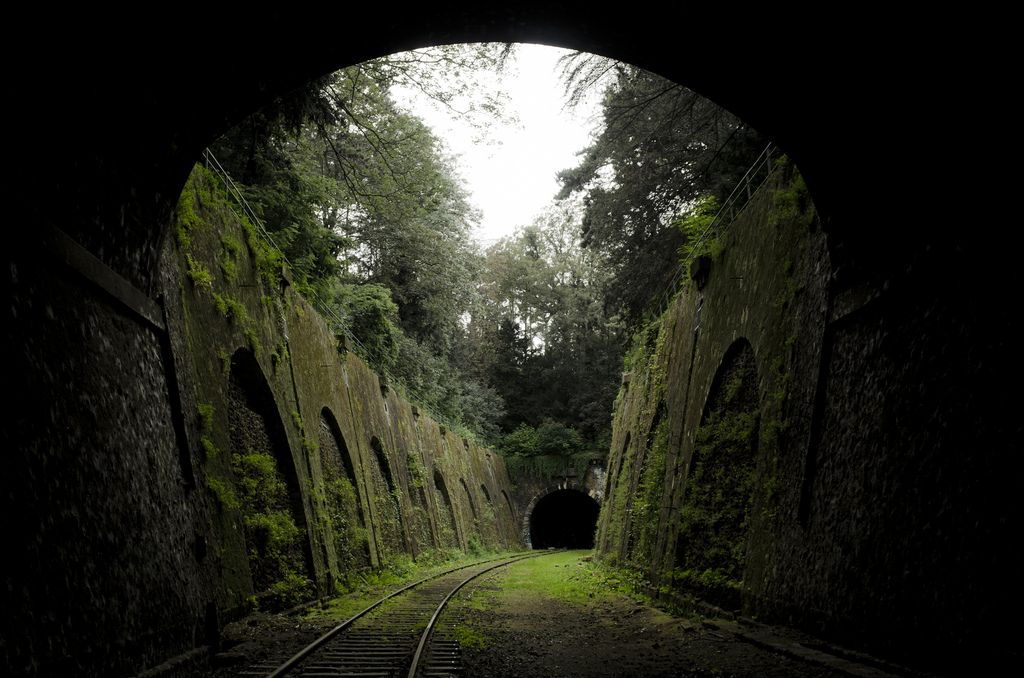 Chemin de fer de Petite Ceinture, France — is a railway in the centre of Paris that has long been abandoned. It is over 150 years old and runs through some of the most scenic parts of the city. The bridges are built atop the boulevards of Paris giving a great perspective of the city down under.

IM Power Station Cooling Tower — Charleroi, Belgium — The Coal-fired power plant in Belgium was built almost a hundred years ago and was not decommissioned until 2007 when the Greenpeace advocates called for it to be closed down due to extreme CO2 emissions coming from it. The Tower itself is colossal and empty for the most part making it very spacious to the eye. The acoustics would also be ideal in an insulated tubular structure such as this.

Buzludzha Monument, Bulgaria — The futuristic monument atop a famous mountain is a beautiful representation of Communist architecture. The building was opened in 1981 and would be the point of assembly for the ruling party for the next eight years after which the regime fell, and the country began to forget its repressive past. 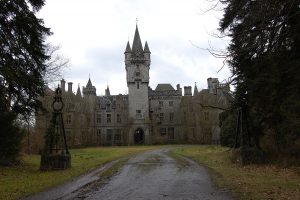 The Chateau de Noisy, Belgium — This 19th Century castle is probably the creepiest building in this list for several reasons other than for being dilapidated and reclaimed by nature. The family who lived there were forced to move out during WWII during which part of the Battle of the Bulge would take place there, resulting in it becoming a Nazi hideout for some time. In the ’50s, the castle was turned into an orphanage and later on into a holiday camp for sickly children until the ’70s. With a marvellous entrance and front yard, long corridors and big halls, the castle would be ideal as a club both inside and out. 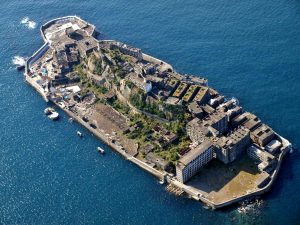 Hashima Island, Japan — Also known as Ghost Island and Battleship Island because of its shape, the Island is located off the coast of Japan and was built to house the workers of an undersea coal mine during the country’s period of rapid industrialisation. Abandoned in the mid-seventies, the eerie Island with its characteristic concrete buildings sprouting upwards behind a high sea wall has been somewhat of a legend in the past few decades and the setting for many spine-chilling films and documentaries of an imagined post-apocalyptic Earth. 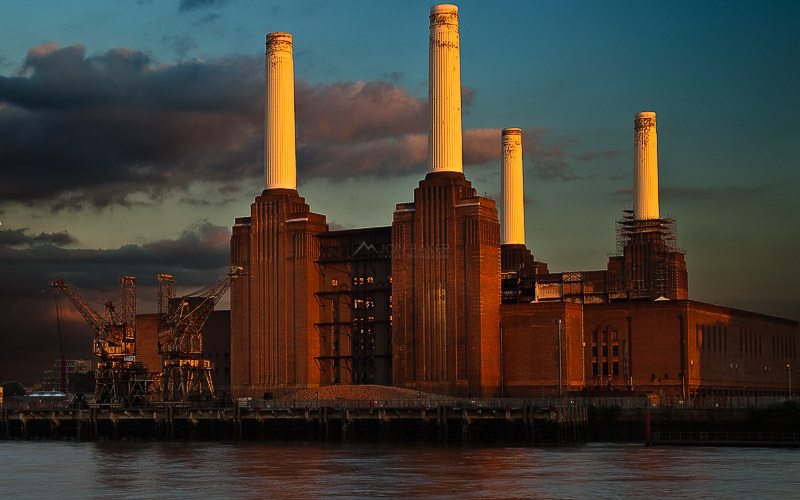 Battersea Power Station, England — This is the famous power plant featured on Pink Floyd’s 1977 album Animals. With its four distinct white chimney’s, the coal-fired power plant is a classic example of post-industrial English architecture. Located on London’s South West side, it is one of the largest brick structures in the world and has been a landmark in the city for the past 50 years. The two station power plant was decommissioned in 1983 after 40 years of operation. 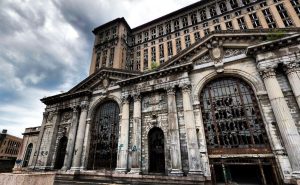 Michigan Central Station, Michigan U.S.A — One of the most famous and frequently visited abandoned buildings in America is Detroit’s Central Train Station. Built in 1913, the station is located about a mile south of the downtown area where the previous train station was located (shuttered after a fire). After the old train station was closed down, Michigan Central became Detroit’s newest and biggest transportation hubs. However, poor planning and underuse led to its demise by 1988.