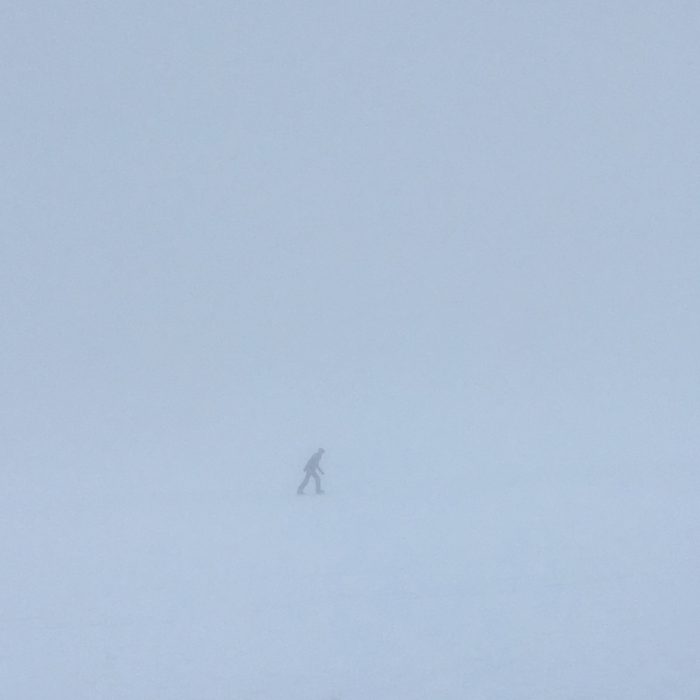 Bryan Müller AKA Skee Mask, one of the most loyal members of the Munich imprint Ilian Tape founded by Zenker Brothers, marks his sixth work released on the label and the second full-length album titled Compro.

The stylistics of the record generally resemble with the best works of melodic IDM masters. From the beginning to the end, the leitmotif is a warm lamp sound with a lot of melodic motifs. It resembles the wide riverbed along which it is pleasant and comfortable to swim, thinking about the eternal. However, sometimes on this river, there are rapids and turbulent places in which music comes out to the coasts and breaks down into breakbeat and jungle with powerful elastic bass and rhythms.

Compro begins with meditative ambient sounds. In “Cerroverb” and “Session Add,” long pauses come to the foreground with barely perceptible sounds and sighs. It creates a feeling as if someone is thinking about something important and his thoughts are not written in letters but in notes. Thoughts go astray and start spinning like a kaleidoscope, reaching a culmination of confusion in the middle of the plate. “Via Sub Mids,” “Soundboy Ext.,” and “Dial 274” replace the tranquillity and prudence with impulsiveness and powerful energy. There is a sense of pressure, some aggression, inner protest and a bright spark inherent from the compositions of Prodigy of the mid-90s.

In general, in my opinion, the album does not sound modern. If for the first time I listened to it with my eyes closed, I would surely would have been taken to the era of the end of the past or the first five-year of the twenty-first century. However, this doesn’t mean that Compro sounds obsolete. On the contrary, it argues that this style of musical material is still relevant. Moreover, it reflects a rather philosophical moment. Does art have a beginning and an end, a time, a period of exploitation? Whether it is subject to trends, or vice versa, itself is a trendsetter. During listening, a lot of thoughts swirled in my head. Maybe that’s why the first tracks determined the process of thinking.

Definitely, it’s great when music awakens to creation. The final tracks of the album are also very calm. The temper is subdued, and all the expression is directed to the right track. “Calimance (Delay Mix)” as a feature, as the final point in the finished work. The circle closed. The thoughts are over and can be released to freedom and let it live by itself.