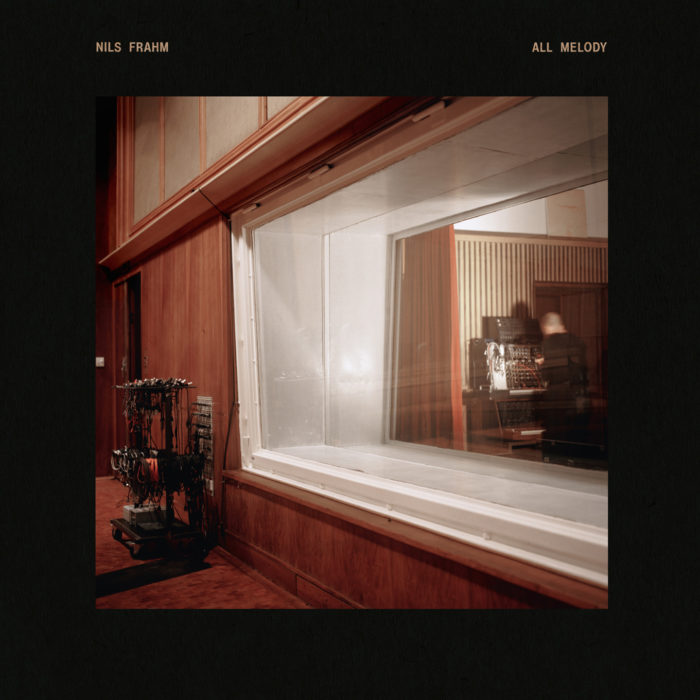 Moving into a new home can give you an exhilarating sense of possibility. Out with the old, in with the new: You can fill the rooms with whatever furniture you like, and paint the walls whatever color you feel like. That’s likely the feeling of adventure that the modern-classical composer and producer Nils Frahm felt when setting up shop in his new studio, specifically Saal 3 of Berlin’s famed Funkhaus complex. There are the new acoustics of the space, the new possibilities for setting up his instruments and gear—he took two years to set up the studio in just the way he wanted, right down to the woodwork—and perhaps even a refreshed outlook on how to make music. He’s seemingly taken full advantage of that free range on his expansive new album, All Melody.

Frahm’s certainly gone wide-screen before, notably on 2013’s Spaces, a record spliced together from a few years’ worth of live recordings. But All Melody sees Frahm extending his reach even further, well beyond the piano work, often supplemented with various electronics, for which he’s probably most known. That’s not to say that the release is infused with wild abandon—as per usual with Frahm, this is music that reaches for the stars via intimate restraint. But he’s certainly widened the scope of tools and influences he uses to achieve that goal.

Among those tools are a midi-capable pipe organ, recorded like his piano in close-mike fashion. He also broke what he calls his “unspoken rule” of never inviting a guest artist to play on his solo work—horns, strings, various percussion instruments, including a bass marimba. There’s even a vocal group, the London-based Shards, which serves as a sort of wordless Greek chorus on a handful of the album’s songs.

Those vocals, along with that pipe organ, make their presence known on the album’s throat-clearing opener, “The Whole Universe Wants to be Touched,” a brief cut that that merges melancholy and uplift. It serves notice that All Melody isn’t your average Frahm album—not that there is an “average” Frahm album, of course. The choir reappears on “A Place,” soaring through an array of tones, some percussive and others gliding, that provide layers upon layers of syncopation and melody. On “Human Range,”clarion sounds ring in the foreground, reverberating throbs pulse in the distance, and a plaintive trumpet wanders about, all wafting through the track’s graceful ebb and flow; the chorus enters midway through, swooning with increasing intensity until the waltzing tune exhausts itself.

Elsewhere, “Sunson” sees Frahm making tentative steps towards dance floor–a supremely chill dance floor, at least—with a steady kick drum propelling the song towards something almost resembling a gentle, moody techno-pop song, fleshed out by a loose amalgam of flutters and drifts. The gently percolating percussive tones of “All Melody,” meanwhile, swirl outward before coalescing around a lilting melody anchored around a steady yet subdued kick; the organ adds accents that dance around the song’s chords, with a crisp rhythmic pattern propelling the song to its finish.

It’s all gorgeous stuff—but All Melody’s best cuts are, perhaps, a pair of numbers that see Frahm going back to basics. “My Friend, the Forest” is a beguiling piano piece, the sounds of the mechanics of Frahm’s playing almost as essential to the piece as the notes themselves, and giving the song a heightened sense of intimacy and presence. It’s essentially a somber yet jazzy blues number, permeated by a sensation of resigned, poignant nostalgia. “Forever Changeless” is another solo piano work graced by subtle jazz-tinged flourishes, again with the hushed sounds of Frahm’s (and the instrument’s) movements intermingling with the notes themselves. It’s easy to get lost in the minutia of these tracks—not just the notes, but also in a communion with the playing and recording.

Some Frahm acolytes may take issue with his inclusion of the human voice—and while Shard does only take the lead on a handful of All Melody’s songs, the chorus tends to be the defining features of those tunes, and lingers strongly in the memory at the cost of those tunes’ other elements. Others might think that Frahm is simply packing too many ideas into a single album, making it difficult to get their head around just what he’s up to here. But his intentions become clearer when listening to the record’s coda, “Harm Hymn,” which like many of these songs, expresses a wealth of emotion, from love to loss. Even though it’s a relatively simple arrangement—it’s largely a series of sublime chords played on the organ—you can almost experience the exhilaration he must be feeling by finding ways to express himself through the instrument, and by extension through the studio himself.